Effective on Wednesday 28th October 2020, Our Showroom will be operating as Click and Collect & Delivery Only.

If you require sales advice please call us on (03) 9543 8885 or email us through our contact center so we can assist you.

Pickup Orders (9.00AM - 4.00PM)
Videoguys Australia’s Pick-Up will be open for Click and Collect from 21st October 2020.
The restrictions currently in place for Contactless Pick & Collect are below:
Orders for Delivery
We are currently processing and receiving an extremely high volume of orders. We have recently increased the size of our team and are processing orders as quickly and as safely as possible and appreciate your patience during these times.
StarTrack our courier delivery service partner is experiencing severe service and delivery shortfalls. This has resulted in both extended delays on package deliveries, and inaccurate or delayed tracking information once packages are handed onto the courier service. The StarTrack customer service team may not be aware of this issue and may provide inaccurate information. Unfortunately, these issues are out of our control.
If your order has been marked "DISPATCHED", this means your order has been collected by our StarTrack driver and is on its way to you.
Please Note: If you have selected an “Express” delivery option, please be aware that this is a service offered by StarTrack and only applies once your package has been passed onto the courier. This service does not relate to Videoguys Australia's internal order processing. We can not refund the shipping cost if the delays are caused by StarTrack’s service.
Customer Service Delays
We are currently receiving an extreme volume of inquiries which is resulting in the extended phone and email response delays. We have recently increased the size of our team to aid the increased amount of enquires accordingly. Please be patient as our team is working through all inquiries as quickly as possible.
Behaviour
Videoguys Australia accepts zero tolerance for abusive behaviour in written, verbal, and face to face communication. Any such behaviour will result in the termination of communication and/or removal from our premises.
We understand your frustration and concern and all of our new, existing, and temporary team members are working to their best abilities during this difficult and unsure time. Inflammatory behaviour towards them is unnecessary and unaccepted.
Special Notice:
Due to high demand, you may see a higher-than-normal number of items labelled “Coming Soon", "More on the Way" or "Out of Stock”. We are re-stocking as fast as we can. If you need assistance finding an alternative from available inventory, our sales and customer service teams are available to answer your questions via phone or email.
While Videoguys Australia and our shipping partners are doing our best to get your order to you quickly and safely, we appreciate your understanding if we experience any delivery delays. We also appreciate your understanding if it takes a few extra days to process returns.
Thank you for your continued support—stay safe and be well during these uncertain times. 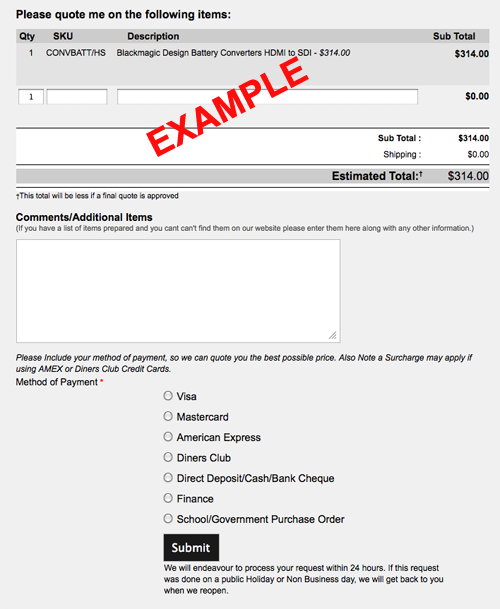 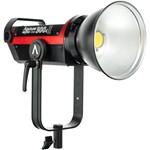 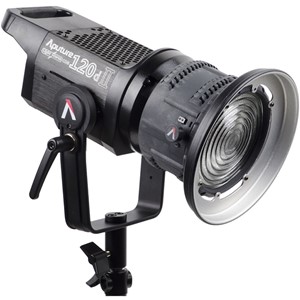 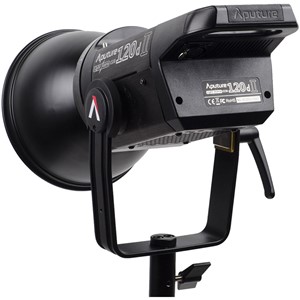 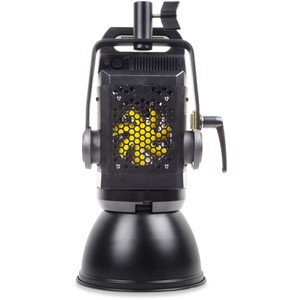 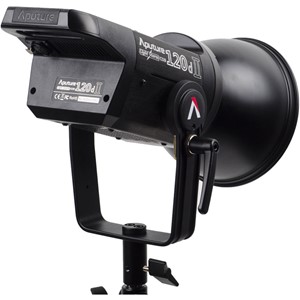 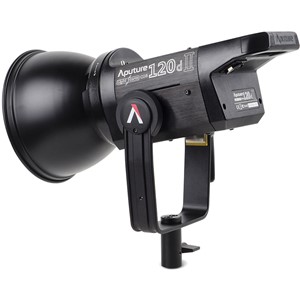 The Aputure LightStorm C120D II is a complete re-design of the original C120D. We’ve taken all of your favorite features of the C120D and have jam packed it with upgrades, improvements and new features.

The C120D II boasts an incredible luminance of 135,000 lux at 0.5 meters away with the Aputure Fresnel. With an approximate brightness equivalent to a 1,000-watt tungsten light, the C120D II is nearly 25% brighter than the 1st generation C120D, making it competitive with some of the highest-grade studio lights on the market.

Quantity of light is important, but quality is even more important. The C120D II has gone through intense color quality testing, using not only CRI ratings, but the industry standard Television Lighting Consistency Index (TLCI). In both tests, the C120D II scores CRI over 96 and TLCI over 97, guaranteeing you are receiving the highest color quality possible.

DMX is the worldwide industry standard for film & television studios, theatre, broadcast, and all forms of digital networking systems. The C120D II comes with DMX capability, allowing studio creatives to maximize their range of uses for their lighting arsenal.

The original C120D was revolutionary for its compact size and high build quality. The C120D II now takes this a step further with a new round of upgrades. The most notable of these upgrades is its power unit - the C120D II is now powered by a single, all-in-one power box. Made of aircraft-grade aluminum but maintaining its lightweight build, a single power unit means less cabling and power components so filmmakers spend less time setting up their light, and more time being creative.

While the C120D II boasts an impressive studio grade build quality, it still weighs in at just over 2.2kg allowing filmmakers to easily take this light anywhere without having to worry about the transportation issues that frequently come with larger tungsten fixtures.

The C120D II has taken the precision controls of the C120D and expands upon them even further, allowing for dimming seamlessly from 100% all the down to 1%, meaning the C120D II is capable of being both the brightest and dimmest light on your set.

While the original C120D came in at 6000K, the C120D II has a perfect 5500K daylight, allowing it to perfectly blend with other daylight-balanced lights in the Aputure ecosystem.

While all of these incredible upgrades are worthy of note, the C120D II still has many of the same features as the 1st Generation C120D, including the universal Bowens mount, ultra-silent temperature control system, wireless remote, and the same crowd-favorite carrying bag.

Hi. I'm really wanting to buy this product and you guys have never done me wrong with timing and delivery and all that but I just want to ask.. Does this also come with the v-mount portable battery and stand? Cheers!

No these will need to be bought separately. if you look on the accessories on this page, you will see the battery and stand options available.